In the Mezzo Opera Competition and Festival of 2010 you got into the second round. However, we could also see and hear you in the final, though not in a competition role.

Yes, director Silviu Purcărete chose me during the second round. That is why I could play the role of the Abbess in Prokofiev’s The fiery angel in the final, which was not a competition role. The opera was premiered in Debrecen, then in the final of the Opera Competition in Szeged and we are still performing it in Debrecen. For me it was a wonderful experience to work with Silviu Purcărete, who is a ‘magician’. He has an exceptional visual world, which is of course highly influenced by his set and costume designer, Helmut Stürmer, too. They have been working together for many years. Purcărete guides his actors very cleverly, and can often make a close, familiar relationship with them. He already knew at the beginning what the performance would be like at the end. For us it became clear in the last days only and in the end a fantastic production was born!

The role of the Abbess is a real contralto role. You are a mezzo-soprano but you seemed to sing very easily the contralto tessitura, too.
Yes, because I have solid low notes but my voice colour is rather that of a mezzo-soprano. I am not a contralto because for that you need a darker voice. At the moment I would rather say I am a lyric mezzo-soprano, or maybe a lyric coloratura mezzo-soprano.

In an earlier interview you mentioned to me Carmen as one of your dream roles. However, this role is rather sung by dramatic mezzo-sopranos, though sometimes even sopranos sing it, too.
Yes, most people regard Carmen as a dramatic mezzo role. But others imagine her with a refined eroticism and a modulated, lighter timbre. Directors thinking in this way are willing to give the role to a lyric mezzo-soprano or a soprano. For example, Julia Migenes-Johnson sings the title role as a soprano in the Carmen-film. 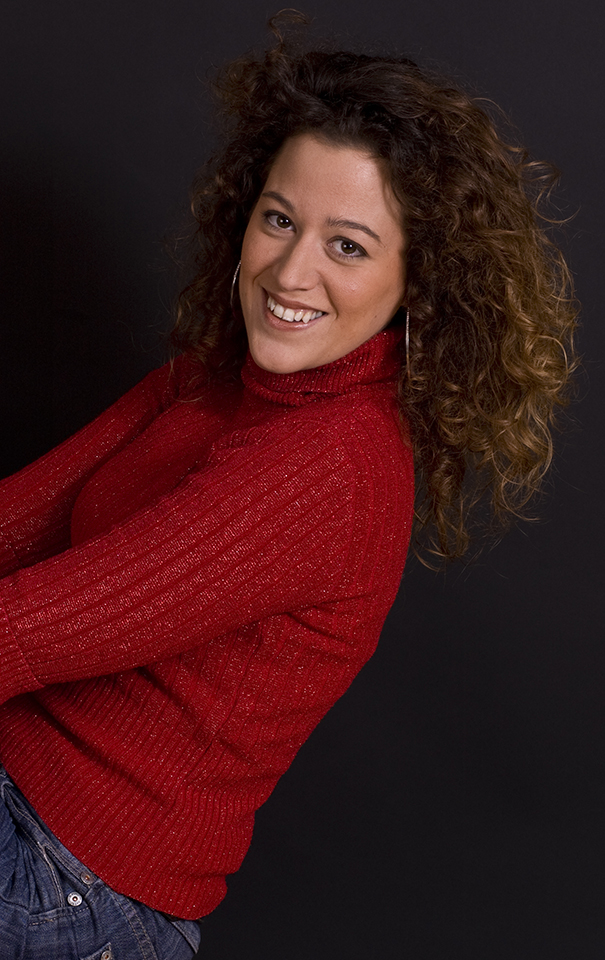 Let’s go back in time! When did you become interested in music?
I went to a music kindergarten, then during my elementary school years I was also attending a music school. I played the piano for eight years, which I went on doing in my secondary school years, too. I studied at the Reformed Secondary School in Kecskemét but before that I already began to attend a school for choristers.

Did you have any choristers in your family?
Yes, my grandfather was a teacher of choristers. My grandmother also had a very good voice. She was a kindergarten teacher but that classical type who at that time ‘had to do everything': to draw, to play music and to sing. One of my more distant relatives was a cleric that is where my affiliation with the Church come from. Virtually I grew up in the church and around it. My father and my grandparents played on different instruments, our family parties always ended by playing music. We had many instruments: guitar, accordion, piano, violin, cello, doublebass, saxophone… Those who could not get one were just singing.

For how long did you study at the school for choristers?
I had taken my final exam in Sárospatak before finishing secondary school. Earlier I studied in Debrecen where organist Dezső Karasszon was the professor of my class for one year. He introduced singing as a compulsory subject for chorister students. It turned out in these classes that I should learn singing more seriously. At that time I wanted to become an actress or a cleric and I thought that good singing would be needed for both!

Who was your next singing teacher?
Katalin Schultz, who was recommended to me by Ildikó Horváth, my piano teacher at elementary school. She suggested that I learn singing with her for one more year after graduating then apply to the Music Academy. However, in the end I enrolled to the Faculty of Theology at the Károli Gáspár University of the Reformed Church in Budapest. But I carried on learning singing with Katalin Schultz. I thought I would go to the Music Academy after my theology studies. If I would be accepted, that is also my way and I can become a singer. If not, then I will work somewhere as a cleric….

I thought I would be a singer. If not, then a cleric …

When did you perform on stage for the first time?
At the age of three. I recited a poem and at the end said to the audience: ‘Come on, clap your hands!’Later I played in almost every school performance. At the age of sixteen I won the art triathlon of church schools. There were literature, fine art and music in it, I had to play the piano, sing, write an essay, paint etc. Between the age of 16 and 18 I went to the Theatre School of Margit Földessy. At the age of 17 I already had my debut at the Erkel Theatre, where I sang a solo part: an Eisemann music-hall song!

At that time did you already plan to become an opera singer?
Yes, Katalin Schultz told me immediately that my stronger, ‘classical’ type of voice is an operatic voice… But I often sang in musicals, too. I was a member of the Petőfi Musical Studio and sang the title role of Anna Karenina, for example, which is defined as a ‘musical-opera’. I loved this piece, it is a wonderful music! In my opinion, if Tibor Kocsák was not living in Hungary and had not written this musical here, the piece would have become world famous. But in the end the moment came when I had to choose between opera and musical, because the two need different vocale technique… After Anna Karenina my teacher, Katalin Schultz told me to ‘take that microport out of my mouth’… 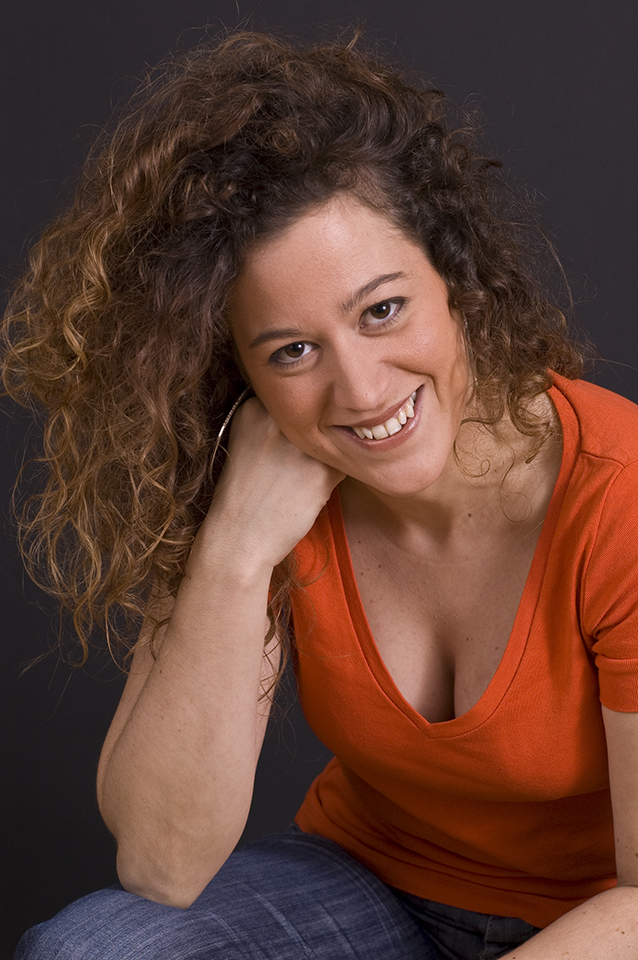 However, you went to learn theology and finished your studies at the Music Academy only later, between 2003 and 2008. But you also mentioned that for a long time you wanted to become an actress, too. Were you planning to apply to the University of Theatre and Film?
I did apply but I didn’t get through the entrance exams… But at the same time I was accepted to the Music Academy, to the Department of Solo singing with a Teaching Degree, where Júlia Pászthy was my teacher and Wanda Mazalin was my musical assistant. Meanwhile, during the first two years of the Music Academy I did my curate years in the Reformed Congregation of Dunavarsány-Délegyháza. Then, from 2005 to 2008 I did my Phd from the Old Testament at the Faculty of Theology; my supervisor was István Karasszon. However, when the time came to become a cleric, I asked to put me ‘unattached’.

What was your first operatic role on stage?
It was Dorabella, in a very modern version of Cosí fan tutte, with the Bel Canto Opera Society. We only performed highlights of the opera but played it in many places, including the provinces. As regards operettas it was Sullivan’s The Mikado directed by Zoltán Balázs. It was a fantastic experience but a demanding work… First we performed it at the University of Theatre and Film, then at different festivals: in Hungary at the POSZT, in Italy, in the Czech Republic, in Trannsylvania. We played it about 40 times. Then I also performed at the National Theatre, in Racine’s drama Atalia. It is not an opera of course but has some musical parts in it. Lately I sang in Haydn’s Lo speziale with the Philharmonics, and, as I mentioned, we are still performing the Fiery angel in Debrecen. There I may get other roles, too. I wish I could  also make my debut at the Hungarian State Opera House in the near future. …

You seem to be a ‘competitor type’.
Yes but now I am already a bit fed up with competitions. I have seen some strange things: for example at an international competiton someone got into the next round without taking part in the previous round … 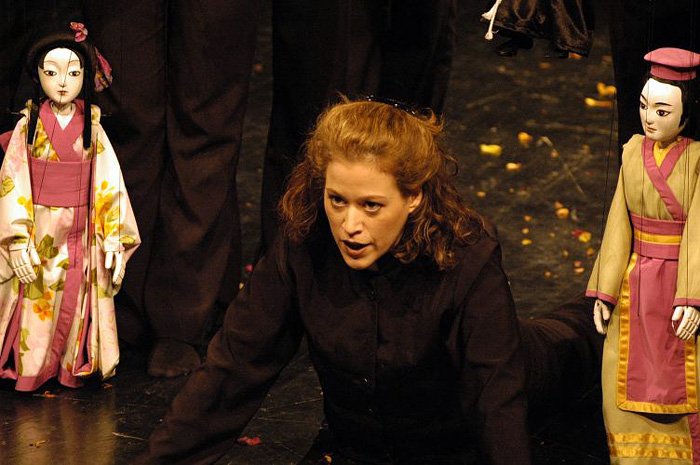 You have mentioned Anna Karenina. Would you like to sing in other operettas or musicals, too?
There are some roles which I would be glad to sing, mainly those requiring a polished vocal technique. I would love to sing Anna Karenina again. Or other ambitious, classical musicals, like My fair lady or The sound of music.

And which musical era or style is the closest to you?
Romanticism but surprisingly I am quite good at singing 20th century operas, too. For example, I love singing Bernstein and also Kodály. However, my favourite is Bartók, the role of Judit inBluebeard’s castle is a never-ending love for me.

Who is your singing teacher now?
Sherman Lowe gives me a lesson once every few months in Venice but I still ask help from Katalin Schultz regularly and I also work with my previous piano tutors. The young conductor Ádám Cser, and composer-conductor-director György Selmeczi also help me a lot.

Which performance of yours is the most memorable for you?
There are many. Having a new role is not the most important thing for me. The creative process is important when the production is born. I love rehearsals, I love the time when I learn a role and when we are making a team with my colleauges to create something superb … Preparing for theFiery angel was such a process, for example; everybody had a positive effect on the others and we all wanted to make the best performance possible. Of course, the fact that it was a competiton performance also inspired us.

… for me the creative process is the most important …

Do you listen to music at home?
Yes, I love early jazz and the swing era, for example.

Who is your favourite opera singer?
Teresa Berganza and Anne Sofie von Otter. 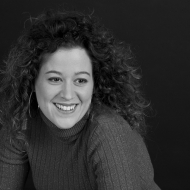 Any dream roles?
Carmen, Judit, Charlotte in Werther. I would also be glad to sing the great breeches roles, like Cherubino, Stephano in Romeo and Juliette, the Page in Les Huguenots, or Sextus in Mozart’s Titus. And of course there are the Rossini mezzo roles requiring coloratura skills, too, like Rosina, Cenerentola, or Isabella in L’italiana in Algeri.

As a child you went to the school for choristers. But now you are the one who teaches singing for the future choristers.
Yes, at the moment I teach vocal training for the chorister students at the Evangelical-Lutheran Theological University. This is where my clerical and my singer selves meet. I love teaching and I also learn a lot when I teach. Anyway I also have private students.

Is teaching singing to choristers very different from the classical method of teaching singing?
No, it is also a classical vocal training. Of course, most of my students do not want to be an opera singer – though there are a few exceptions. By the way, the voice tells you everything about the person, about the condition of the soul and the body. My aim in the first place is to let my students open and feel free. In my opinion this is the most wonderful thing in singing: it makes you feel free.